Home to Father Kadouat, Ong Keo, and Ong Khommadam – Lao nationalist leaders – Savannakhet’s bravery is well known among Laotians. It is the largest province of Laos with the total land area of 21,774 km2. Located in the central part of the country, Savannakhet borders Khammouane Province to the north, Quảng Trị and Thừa Thiên–Huế provinces of Vietnam to the east, Salavan Province to the south, and Nakhon Phanom and Mukdahan provinces of Thailand to the west. According to the 2014 census, Savannakhet population is 974,000 (female: 491,000), which makes it the most populated province in the country. About 63% of the population is of working age (16-60 years old). A large portion of the population has a relatively low level of education and are engaged mainly in subsistence agricultural activities. The province is rich in mineral resources such as gold, copper, and gypsum. Sepon gold-copper mine, the largest mine in Laos, is located in Vilabouly District of Savannakhet Province. Other mining companies operating in the province include: Lao State Gypsum Mining Co., Ltd., Savan Sypsum Mining Co., and Wanrong Cement III. 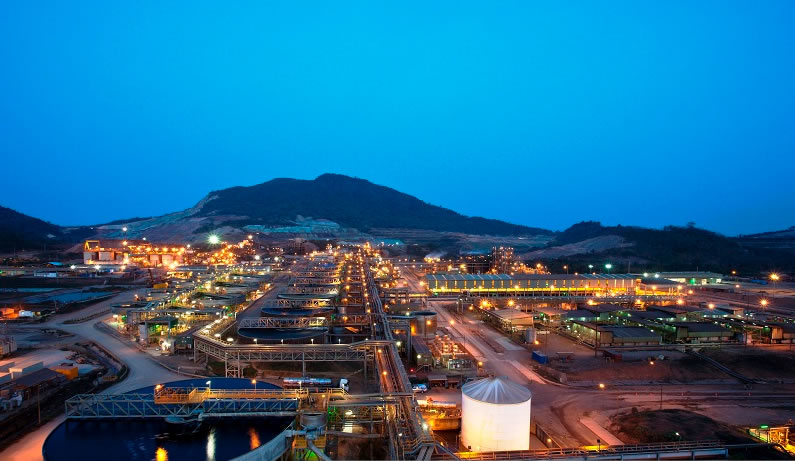 Savannakhet’s major exports are: gypsum, wooden products, natural dying textiles, re-export garment, forest products, gold and copper. The province has comparatively good road infrastructure integrating the province with many socio-economic centers of Laos and neighboring countries. National Road Number 13 runs through Savannakhet, linking Vientiane Capital to the north with Pakse City to the south. Road Number 9 and the Second Lao-Thai Friendship Bridge – opened in 2007 – make up a large part of the East-West Economic Corridor, a sub-regional socio-economic development project that links Danang Port in South China Sea through central of Laos and north and northeastern of Thailand to Mawlamyine Port of Myanmar. Savan-Seno Special Economic Zone was established in 2003. The site begins about two kilometers away from the Second Friendship Bridge and stretches eastward along the EWEC. Companies operating in the special zone receive special tax rates and other incentives. Many global companies, including Nikon and Toyota of Japan have set up their plants in the zone. 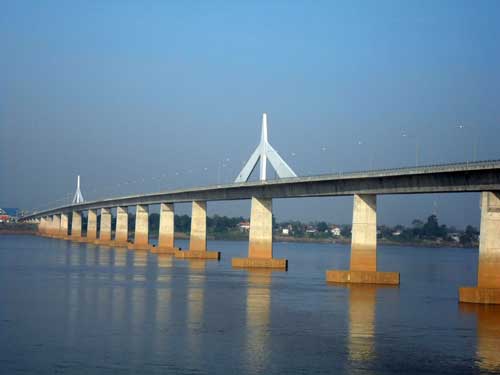 Savannakhet Province has been enjoying rapid economic growth in this past decade. From 2005 to 2010, the province’s economy grew at a rate of 10.5% per year, which was significantly higher than the growth rate of the whole country during the same period (6.8% per year). Savannakhet receives large numbers of visitors year round. Popular attraction sites are the That Ing Hang Stupa, Heuan Hinh (Stone House or the ruins of the Khmer civilization), Xayaphoum Temple, and the Dinosaur Museum. As of 2014, approximately 40 hotels, 150 guest houses, 70 restaurants and 10 nightclubs operate in Savannakhet. The Lao government is committed to environmentally and socially sustainable development. Therefore, investor(s) will be required to complete either an Initial Environmental Examination (IEE), for smaller projects with minimal impacts, or an Environmental and Social Impact Assessment (ESIA), for larger projects that involve the public and seeks to mitigate negative impacts while maximizing benefits.

The information in this document (including but not limited to, photographs, descriptions, tables, projections and prices) are for guidance only. While every effort has been made to offer current and reasonable estimates, errors can occur. The investment promotion department of the Ministry of Planning and Investment makes no warranties or representations as to the accuracy, correctness, reliability or otherwise with respect to such information, and assumes no liability or responsibility for any errors or omissions in the content contained in this document. Within this document you may find links or references to third party material and third party web sites. The IPD accepts no liability in respect of the contents of such material or sites. The IPD should not be taken to be endorsing, publishing, permitting or authorizing such materials or sites. The IPD may revise the information and resources contained in this document from time to time and reserves the right to make such changes without any obligation to notify past, current or prospective visitors to this document. The content relating to the potential performance of an investment is not necessarily a guide to its performance in the future. The value of investments or income from them may go down as well as up. Prices quoted were based on US dollars when the document was created. The information contained in this document should not be construed as financial, tax, legal or any other professional advice or service. You are advised to consult a financial and/or legal professional advisor from suitably regulated sources. Except where noted otherwise, all material in this document is the property of IPD with all rights reserved. Without the prior written consent of IPD, no permission is granted to copy, modify, post or frame any text, graphics, or logos.